Weak Passwords are a threat to Linux 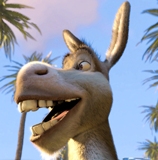 By jboy
February 8, 2007 in Everything Linux