Suggestions for a light distro for old hardware 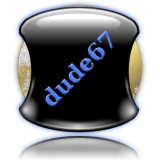 By dude67
September 18, 2007 in Other Linux and Unix Distributions