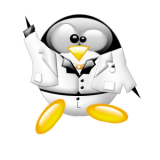 How did you start with Linux?

By michaelcole, April 27, 2006 in Everything Linux